This half-human-half-ghost with white hair and green eyes is called Danny Phantom and he is the secret alter ego of Daniel Fenton. His mission in the fantasy animated series is to save the inhabitants of the city from evil ghosts and creatures that enter Earth through the Fenton portal built by his parents. Danny Phantom possesses a Ghost Ray, which is a green laser-like blast of ecto-energy that extends from the palm of his hand and can take many forms. The cartoon cursor for a mouse with Danny Phantom and Ghost Ray! 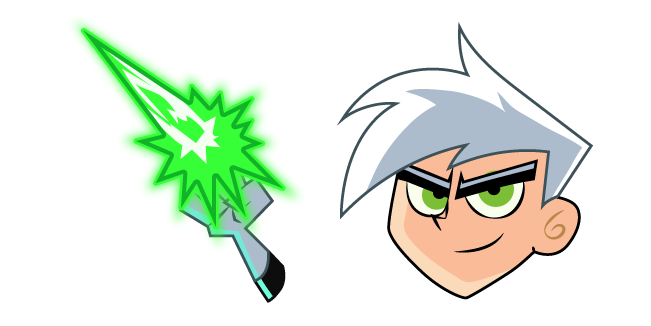 The Grim Adventures of Billy and Mandy Grim Reaper cursor