Her full name is Princess Angelina Contessa Louisa Francesca Banana Fanna Bo Besca III, but we all know her as just Dot Warner, the youngest sibling in the Warner family and one of the main characters of the TV animated series Animaniacs. She is the self-proclaimed cutest character of the show, and ofter refers to herself as "and the Warner sister!". In the Animaniacs series, Dot revealed some kind of a green monster, claiming to be her pet. Another cartoon Animaniacs cursor pack with Dot Warner and Her Pet cursor. 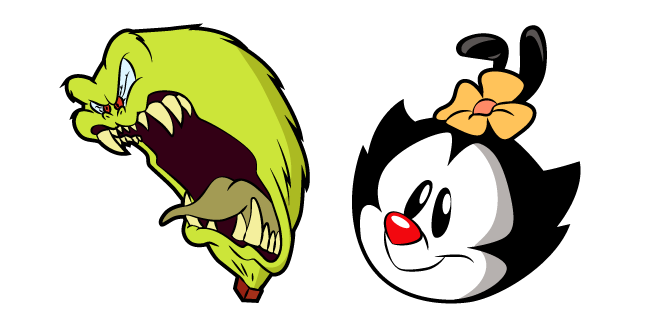 Disenchantment Luci in a Bottle Cursor