The Alchemist is a Magic Class tower in the Bloons TD 6 game. He has the appearance of a monkey just like most other towers, but he doesn't have the Monkey word in the name. Alchemist wears a purple buttonless overcoat with a yellow rim and has a pair of goggles with pink-tinted lenses and gold frames, attached by a brown strap. This tower carries a flask filled with red acid. Bloons Tower Defense 6 Alchemist as a game cursor. 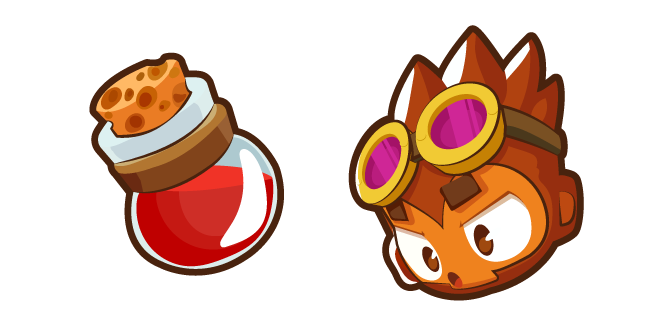