MEIKA Hime and Mikoto are Japanese VOCALOIDs that are developed and distributed by Gynoid Co., Ltd. They were released for the VOCALOID5 engine and were voiced by the Japanese voice actress Kotori Koiwai. They represent the spirit of plum flowers. Their hair color is a hint at the Japanese folklore of Aka-Oni and Ao-Oni, a set of characters who are foils to one another in personality and actions. Fanart Vocaloid cursor pack with MEIKA Hime and Mikoto. 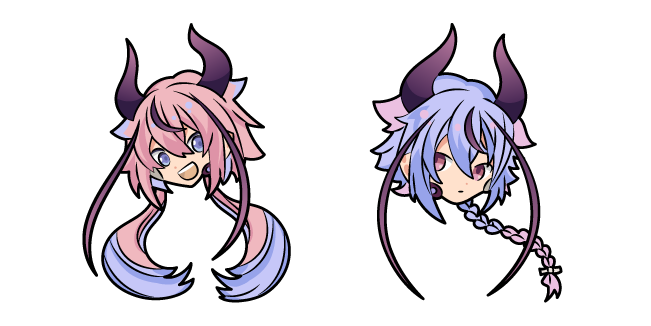