Gumi is a Japanese Vocaloid also known as Megpoid. She was the second VOCALOID to be released by Internet Co. Ltd and had a more retro-futuristic approach than Camui Gackpo. Her original avatar character of the software was drawn by Masami Yuuki. Her design is often said to be influenced by Ranka Lee's character. Her outfit contains the colors green, yellow, and orange. Vocaloid cursor pack with fanart anime cursor Gumi. 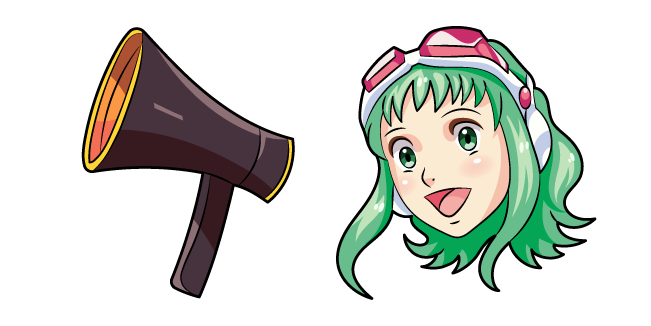