Ichigo Kurosaki is a Human who is also a Substitute for Shinigami in the Bleach anime. He is the son of Isshin and Masaki Kurosaki and the older brother of Karin and Yuzu. His most distinguishing feature is his spiky orange hair, a trait he has been ridiculed about for years on end. He is a fairly tall, lean-built young man with peach skin and brown eyes. By the way, Ichigo is a capable student, ranked 23rd in his year at school. A fanart Bleach cursor pack with Ichigo Kurosaki and Shikai. 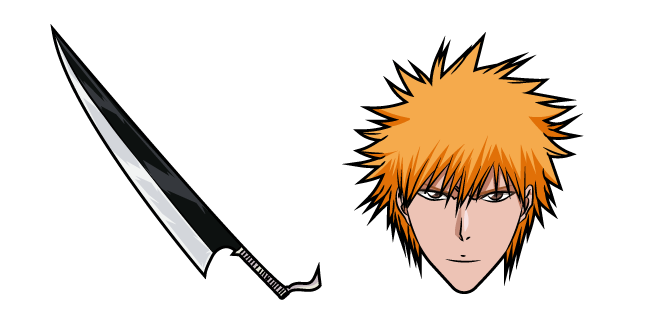