The Falcon is a members-only flying land animal. It was released in the Diamond Shop, and it could be obtained as part of the Falcon Bundle when redeeming a retail gift card. The Falcon shown as a lavender color on the head, to wings, to back and white for the neck and belly. Its beak and talons are a default of light orange, unchangeable. Animal Jam cursor pack with fanart Falcon and Falcon Plushie. 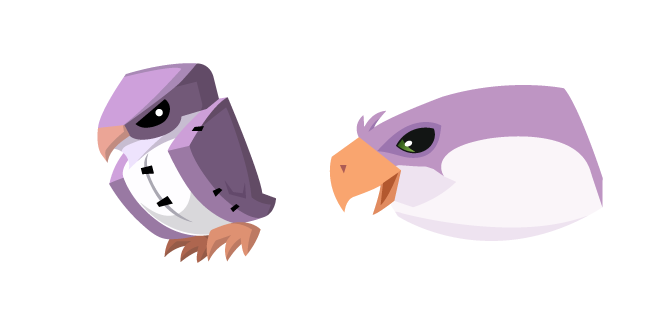