Jack is a character from the video game series Animal Crossing by Nintendo who appears once a year on the well-known holiday Halloween. Jack wears a pumpkin on his head, and he also proclaimed himself the Czar of Halloween. On Halloween in the game, all the villagers are dressed as Jack and chase the player for candy, and if Jack receives candy from the player, he will give the scary furniture from the Spooky Series. The candy in Animal Crossing is wrapped in a yellow, red, blue, or green wrapper. The game Halloween cursor for a mouse from Animal Crossing with Jack and Candy! 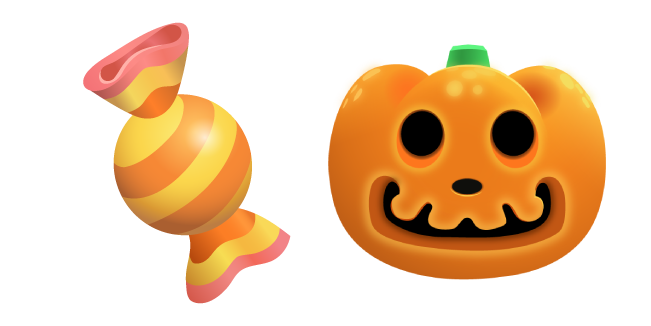