Claude is an orange-colored lazy rabbit villager from the Animal Crossing series. His phrase hopalong relates to the nature of rabbits to hop. He only appeared in the early games of the series, but later was returned to the game Happy Home Designer as DLC and has store items with designs of Nintendo consoles as his furniture theme. He also has the nature hobby. Animal Crossing cursor pack with fanart Claude game cursor. 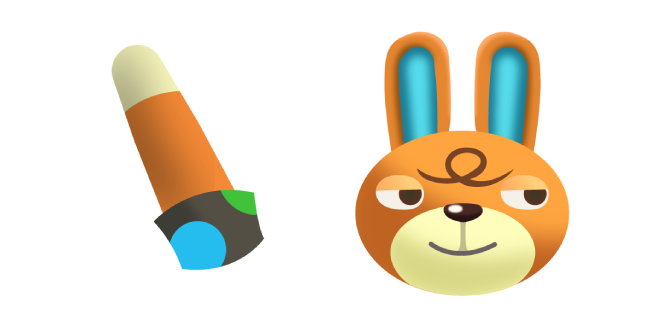