Charlise is a bear villager in the Animal Crossing video game series. She has debuted in Animal Forest e+ where she had a peppy personality but returned in New Leaf, and later New Horizons, as a sisterly villager which has a fitness hobby. She looks like a bright-green bear with brown bangs and yellow cheeks in Animal Crossing New Horizons, but before she was a darker shade of green. Animal Crossing cursor pack with fanart Charlise game cursor. 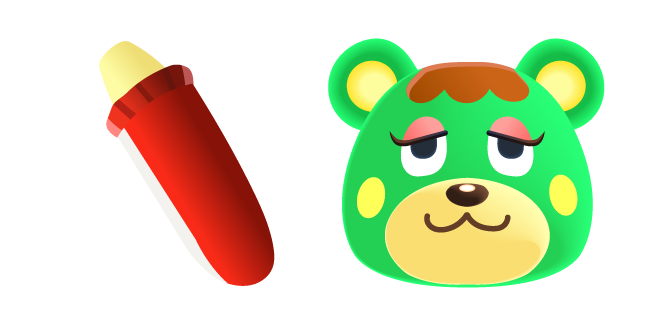