This creepy cat from our fanart Adventure Time Me-Mow is an assassin that appeared as a significant character in the episode Jake vs. Me-Mow. Pendleton Ward has confirmed that Me-Mow is a fan-made character. She is a tiny white cat with cream-colored striped fur, large pink eyes, and a lamprey-like mouth with pointed teeth. Me-Mow is a second-class assassin of the Guild of Assassins and is trying to kill Wildberry Princess to become a full-member assassin. 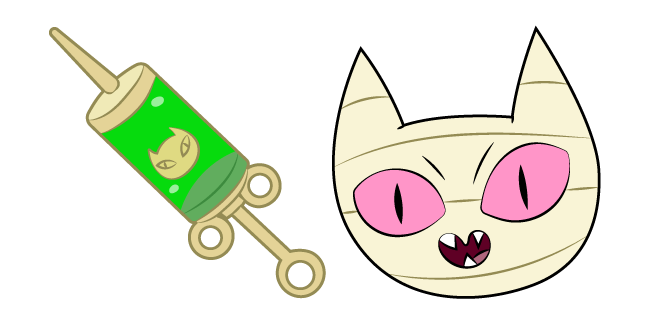