One more attractive sporty young man in our Haikyuu!! cursors collection! Kōtarō Bokuto is a third-year student at Fukurōdani Academy and the volleyball team's ace and captain. He has a playful, friendly, bombastic, and child-like personality. Bokuto is close friends with Kuroo Tetsuro, Captain of Nekoma High School, and Keiji Akaashi, Vice-Captain, and Setter of Fukurōdani Academy despite being a second year. After high school, he became an outside hitter for the MSBY Black Jackals, a Division 1 team in Japan's V-League. He is also a member of the Japan National Volleyball Team. He is a very bright character, so we prepared anime custom cursors for you. Add this amazing cursor pack to customize your mouse! 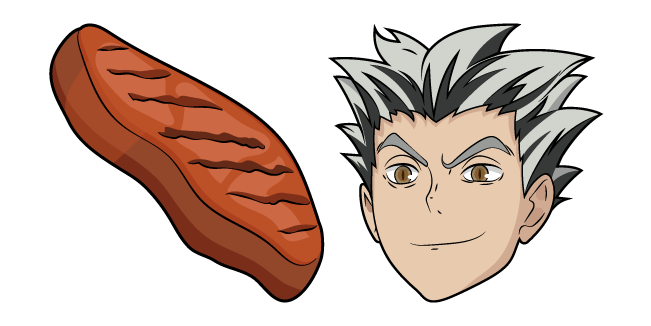