Here, you can meet an enchanter aka scholar, who is an illager and hostile mob that enchants other hostile mobs to make them stronger and more dangerous. It can be found in many missions in Minecraft Dungeons. He has a tome, an artifact added in the Minecraft Dungeons DLC Howling Peaks, where it is used to give allies various buffs. Minecraft cursor pack with fanart Enchanter and Enchanter's Tome. 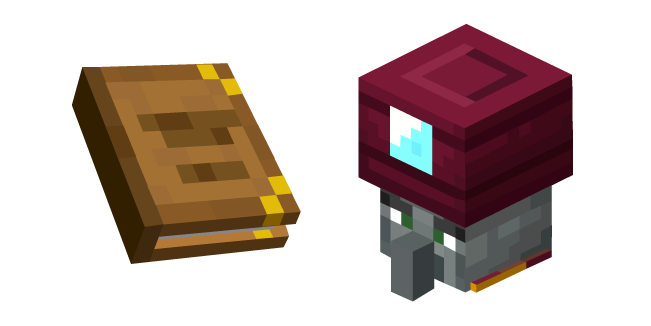 Курсор Minecraft Warped Fungus on a Stick and Strider