Joseph Joestar is the hero and second JoJo in the anime series JoJo's Bizarre Adventure. In the second part of the Battle Tendency manga, Joseph Joestar is a young, muscular, tall character. In Stardust Crusaders, Joseph is already old with graying hair, he still has an athletic figure, but he isn't as strong and smart as he was in his young age. Joseph has a stand - Hermit Purple, named after The Hermit card. These are thorny vines that can immobilize or strangle the enemy, and it also knows how to indicate the location of the target, transmit thoughts and images to a TV or camera. Enjoy this cool custom cursor JoJos Old Joseph and Hermit Purple for a pointer! 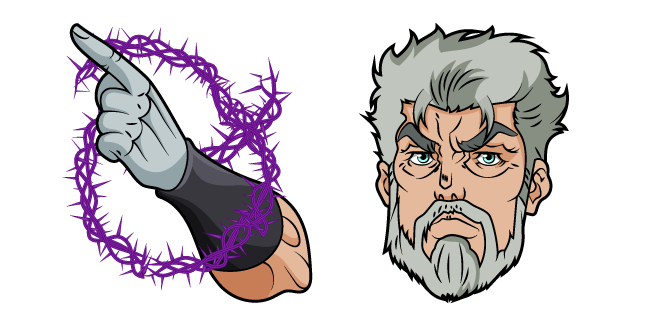