Red Impostor is one of the characters of the fan Friday Night Funkin' mode related to Among Us game. In this mod, the red Among Us character holds his mic in the left hand and wields a gun in the right hand which changes into a knife in his up pose. He also has a sharp tongue which is shown in the up pose and is used in the Among Us kill animations to stab a crewmate. Friday Night Funkin' game cursor with Red Impostor Mode. 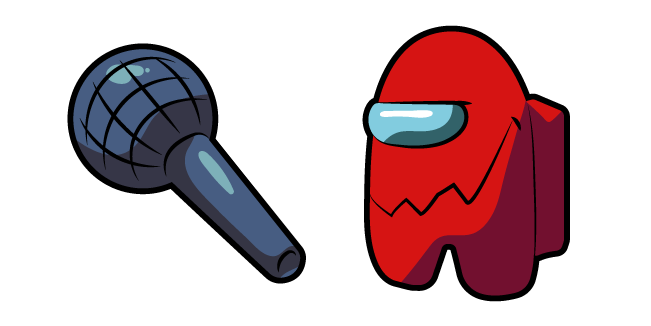