Mad Hatter is a character from 1951 Disney's animated feature film Alice in Wonderland. Named for his manners and green oversized top hat, he is an elderly man that Alice meets in Wonderland. He is known for setting tea parties in celebration of his unbirthdays. Even though he is loud, eccentric, and insane like the rest of Wonderland's residents, but he is also charming and gentle from time to time, especially with Alice. Disney cartoon cursor with Alice in Wonderland Mad Hatter and Teapot. 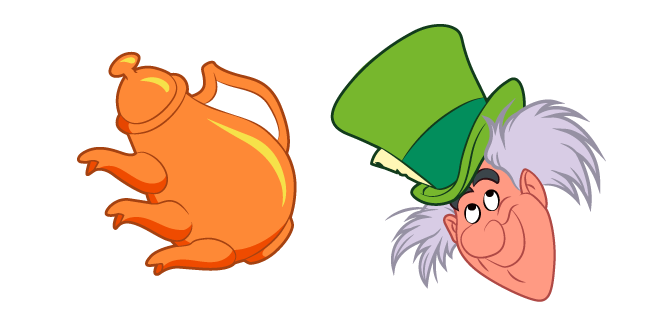 The Nightmare Before Christmas Jack Skellington and Zero cursor